Focused on "relationship dentistry" and the health of his clients, Dr. Lewis has spent years in the Seattle area improving the lives of those he has the opportunity to serve. Read more below.

Born in Spokane, WA, raised in Moscow, ID, Donald Andrew Lewis enjoyed a typical childhood. The second of five boys, he was aware of the hard work and sacrifices his parents made to provide everything he and his brothers needed. Both of his parents were in the healthcare field and demonstrated the importance of serving others. Dr. Lewis grew up playing football, wrestling, skiing, and camping all over Washington and Idaho. Outdoor adventures were a significant part of his life. “I love bike rides and long road trips. I have always been absorbed in the moment. I get this sense of wonder from my dad. My mom always said, 'the best thing your dad ever taught you boys was how to play.'” Now he enjoys the same pleasures of fatherhood with his wife, Ruth, and their children.

Dr. Lewis is part of a military family. His dad, as well as several members of his extended family, served in the Air Force. At the University of Michigan Dental School, he received a scholarship and a commission as a Lieutenant in the United States Navy. He then attended a one-year residency in general dentistry at the Marine Corps “boot camp” in Parris Island, SC where he earned the Navy Achievement Medal.

Following residency, he spent three years as the only dentist aboard the USS Sacramento. He was deployed to the Persian Gulf and the Western Pacific between 1999 and 2001. “The whole experience was eye opening. I was able to appreciate several cultures.” Aboard, he earned the Surface Warfare pin and excellent commendations from his commanding officer. Dr. Lewis ended his military career with a promotion to Lieutenant Commander and was released with an honorable discharge.

Throughout his years of practice, Dr. Lewis has taken several continuing education courses. In 2006 he began his coursework at the prestigious Kois Center in Seattle, WA. “During my three years in the Kois continuum, I learned how to think differently. I learned how to ask better questions and thus have been able to gain a powerful insight as to how I should deliver my care ethically, predictably and intentionally based on foundational scientific literature. It is important to grasp the concept of how a proper diagnosis, risk assessment, and treatment plan drive the overall success.” After completing the curriculum in 2009, Dr. Lewis felt called to continue at the Kois Center. “I strongly believe that I have become a superior practitioner on so many levels. I felt that it was my duty to return and mentor other dentists.” He is currently a Clinical Instructor at the Kois Center aiding in the education of dentists from all over the world.

Dr. D. Andrew Lewis has published research in a national peer-reviewed journal, earned the Fellowship in the Academy of General Dentistry (FAGD), and volunteers in the oral rehabilitation of victims of domestic violence through the Give Back A Smile program of the American Academy of Cosmetic Dentistry (AACD) as well as the underserved populations of the Seattle area through the King County Clinic.

Dr. Lewis’ top priority is to have his patients understand their oral and overall health to the best of their ability. He also wants his patients to understand the status of their medical conditions, how they influence oral health, as well as all of the options for their ongoing healthcare. Dr. Lewis’ desire to reduce risk of dental disease and its influence on overall health and wellness makes his approach to dentistry unique. Dr. Lewis believes that a person’s smile is a reflection of their overall health and has trained for the opportunity to be in service to that end. 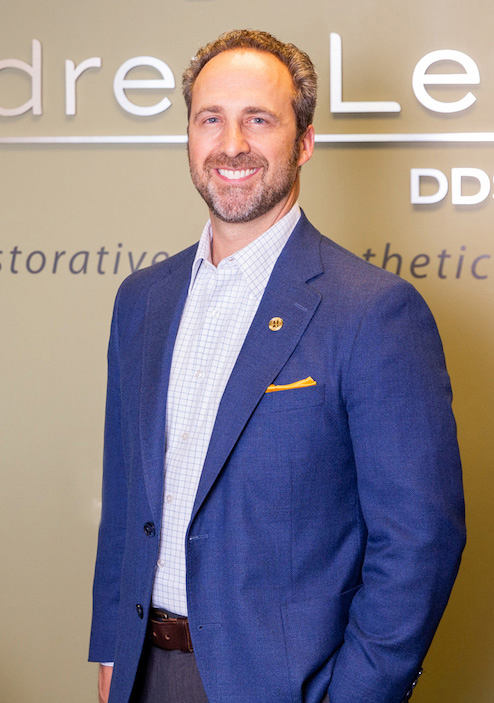 “During my three years in the Kois continuum, I learned how to think differently. I learned how to ask better questions and thus have been able to gain a powerful insight as to how I should deliver my care ethically, predictably and intentionally based on foundational scientific literature."